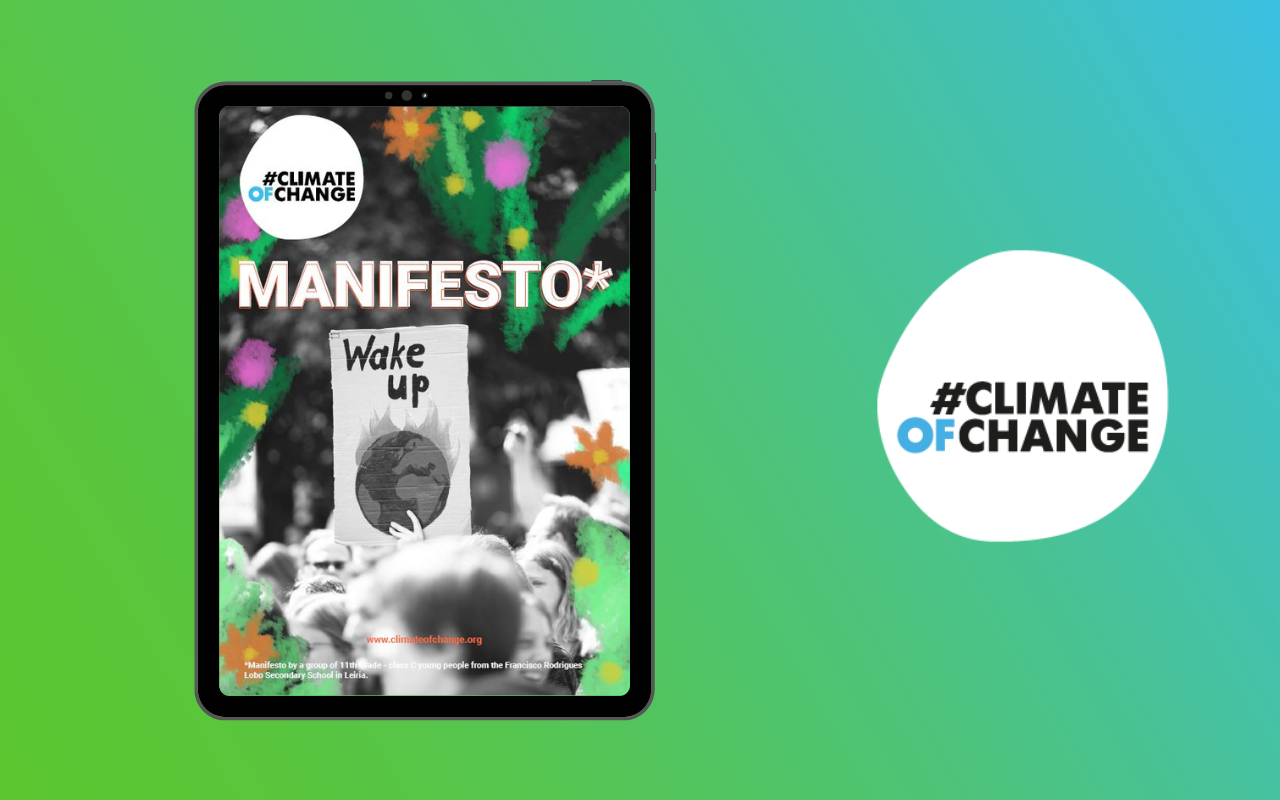 Nowadays, we know that Portugal is very concerned about climate change. According to the survey carried out under the #ClimateOfChange campaign, more than six out of ten Portuguese young people (63%) are very or extremely concerned about climate change, compared to the average of European young people, which is less than 50%. We have also come to learn from this survey that 71% of Portuguese young people surveyed have heard little or never heard about the term ‘climate migrants’, compared to 68% of their peers across Europe.

We know that there are more than 100 million refugees, a number that represents about 1% of the population. People that are being challenged by social, economic, and environmental conditions. As a reply to focus on the situation of “climate refugees”, we present a Manifesto by a group of Portuguese youth of Grade 11 – class C from the Francisco Rodrigues Lobo Secondary School in Leiria, Portugal.

The Manifesto seeks to raise awareness among the international community towards a collective conscience and demand a sense of responsibility by the countries that contribute most to climate change, making them directly support aid, welcoming and integration of climate refugees through a concerted international deliberation. It is urgent to give life to a greater cooperation and coordination between humanitarian organizations, and to overcome the existing gaps in international legislation by demanding and creating a clear definition of rules in this domain. 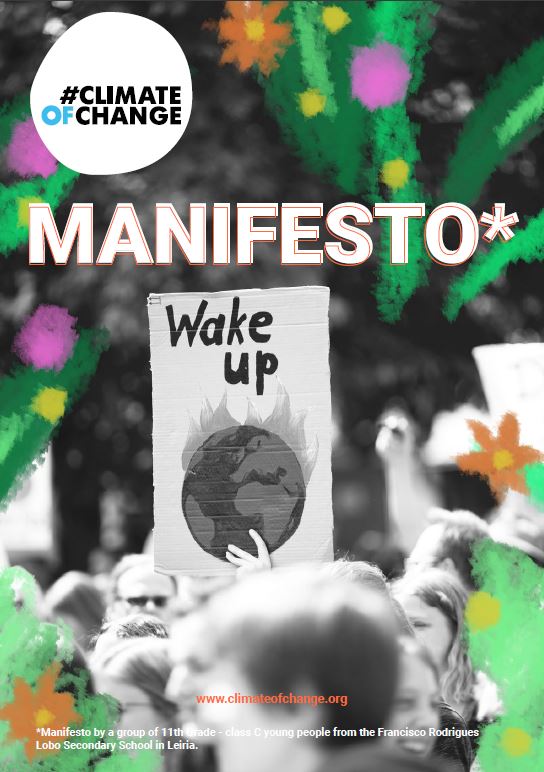 This manifesto was prepared within the scope of the citizenship and development project of Grade 11 class C and the #ClimateOfChange campaign, with the support of the Pleople & Planet project, funded by the EU and supported by Camões – Instituto da Cooperação e da Língua.