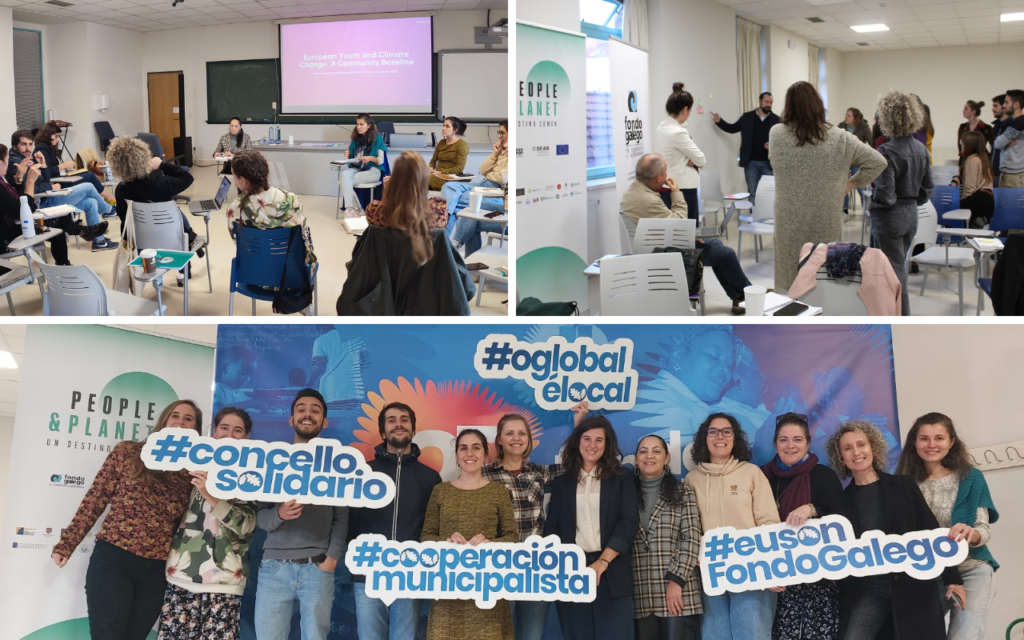 After two intense years of work behind the screen, the People & Planet team met for the first time face-to-face in Pontevedra, Galiza. Spanish partner Fondo Galego organised this meeting, that lasted one day and a half, and during which several key topics were discussed.

These coordination meetings are the perfect occasion to learn from each other – all partners were able to discuss together their own accomplishments, in addition to the common challenges of the project and their possible solutions. This exchange confirmed that the People & Planet project is very rich in participatory methodologies and approaches that allow to work with and for young people.

The meeting also offered a first opportunity to exchange experiences about the SDG localisation. We were able to count with presentations from local authorities such as Grândola (Portugal), Palmela (Portugal), Cabanas (Spain), Bilbao (Spain) and FELCOS (Italy).

During this session, local authorities discussed how to better translate the SDGs into their daily lives, with the aim of promoting sustainable development for all and with a focus on young people. We learned that this is not an easy process, regardless of where it occurs, but that dialogue and persistence are key elements for a successful localisation.

Meeting colleagues and organisations in person is a great way to reinforce the alliances of international projects. This meeting thus led to several action points that will reinforce the common strategy of People & Planet.