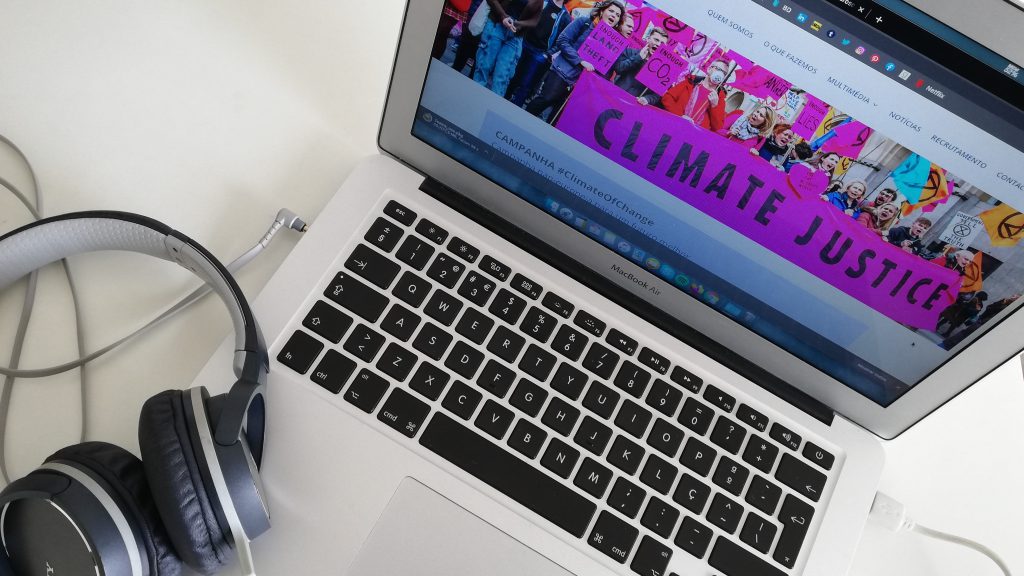 Over 8 webinars, with a total of 24 hours, it was possible to tackle issues on the project’s management, identifying objectives and common practices in management, monitoring and evaluation. A detailed analysis was made of the messages to spread during the campaign, as well as the target audience with whom we wish to communicate and the paths and methodologies to be used.

Methodologies were shared that will leverage the case studies and reports to be made to structure this ambitious campaign, identifying the need to build bridges between the impact of climate emergency and migratory movements. Migration is one of the human faces of climate emergency. There was room to reflect on the debate practices in schools and universities that the campaign intends to promote and methods to be used in guaranteeing the mobilization of the educational community.

We viewed videos, presentations and reflected together on the impact that the COVID-19 pandemic will have on the project. What we know today is that, notwithstanding uncertainties, our Campaign is on! And that over the next 40 months we hope to be able to count on all development actors, especially young people, to support us in the promotion of a better future.

The #ClimateOfChange campaign is funded by the European Union.