Stimulate the debate amongst civil society, citizens and national politicians on “Policy Coherence for Development” and the results achieved by donors in the country. An innovative tool to stimulate debate and reflexion in Cape Verde carried out by Cape Verdeans.

Global: promote Policy Coherence for Development (PCD) at local level in order to promote an inclusive and empowered society

Specific: empowerment and mobilization of Cape Verdean civil society for a greater monitoring of Official Development Assistance (ODA) and of its impact on local Development, through the PCD.

Direct: Cape Verdean civil society, national citizens (in particular from the islands of Santiago, Fogo, Brava, Maio, São Nicolau, and Santo Antão), members of the National Assembly and the Municipal Assemblies and media.

Indirect: the population in general

•  1st year: selection and training of the project´s target group – Cape Verde civil society – and setting -up of local partnerships. Core criteria were defined to be matched by the associations technicians who participated in training thus becoming driving forces and members of the working groups focusing on the analysis of Policy Coherence at national level;

•  Drafting of the training programme based on the needs identified and on the results to be achieved: (i) strengthening of technicians’ skills as future facilitators and multipliers of Policy Coherence for Development, since it is an innovative theme and still without a working base in Cape Verde; (ii) integration of international cooperation, both general and specific, of Cape Verde, Effectiveness of Aid and Development; and (iii) how to work PCD in a practical way and simulation of case studies analysis;

•  Definition of the 3 themes to be developed as case studies (fisheries, agriculture and environment) by the working group and the creation of
sketches for the newsletter to be edited after the first year, as well as the menus of the project’s website (www.coerenciacv.org);

•  2nd year: advanced knowledge of the working group on PCD and partnerships with other actors of civil society, local authorities and National
Assembly. At the end of the year, the 1st workshop targeting members of the National Assembly was held;

•  Two training/coordination meetings of the working group took place in order to better perceive the needs and constraints to be faced and tools planning to better address community’s needs. Working groups were created for the 3 specific themes to be developed: fisheries, agriculture, and environment. Local meetings to raise awareness took place, with journalists as the first target group;

•  Information and training content production, such as 24 newsletters, 3 case studies and 1 Manual on Policy Coherence for Development – Cape Verde, among others, which are available on the project’s website;

•  Restructuring of the project’s website, which is regularly being updated and is likely to become a future Centre for PCD;

•  During the 42 months of implementation of the project, the basis for a new approach to Development issues was created, through the introduction of PCD’s methodology. This implies boosting several Development stakeholders and an analysis and group work towards the reduction of incoherencies and the promotion of a more sustainable and equitable Development. 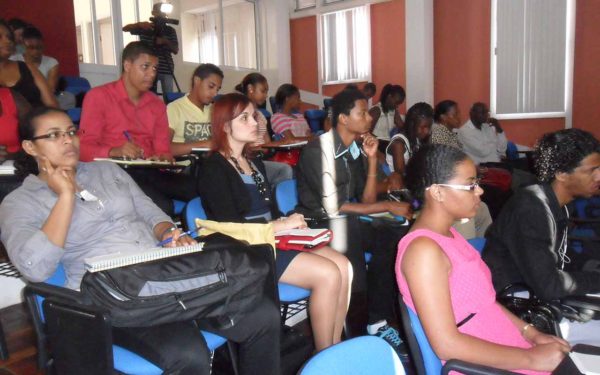