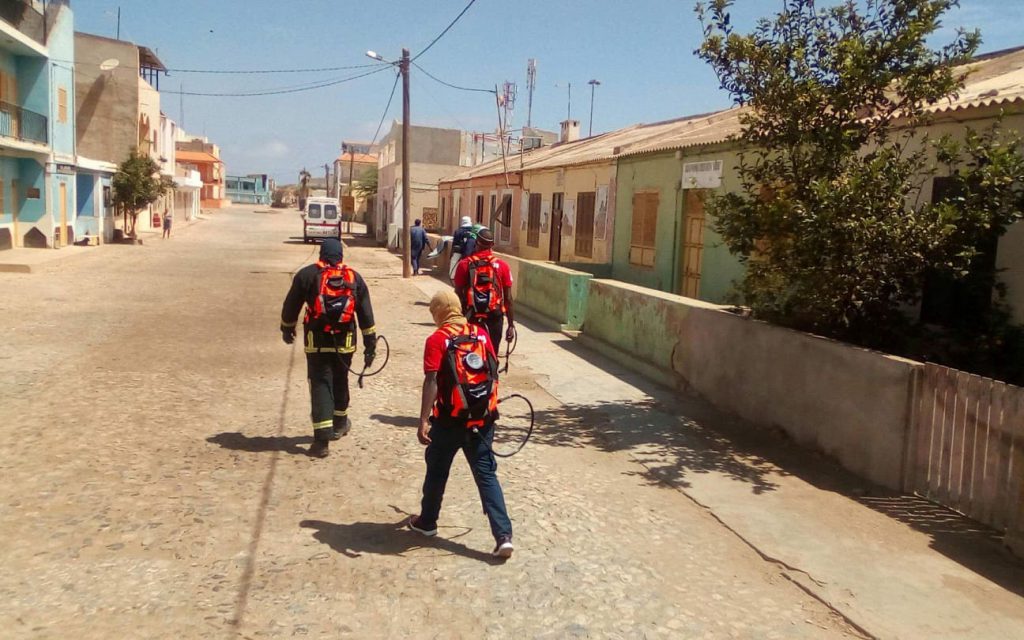 With the worsening of the international situation due to the spread of Covid19 and the discovery of 6 positive cases in the country, the Cape Verdean government declared a state of emergency and the imposition of social distancing measures. Faced with this situation, and with growing needs linked to the prevention and mitigation of the virus, the cooperation projects financed by the European Union in Cape Verde seek to adapt.

The Community and Solidarity Tourism project on the island of Maio has been acting in close collaboration with local authorities in identifying the main needs linked to the current context. Thus, some project activities have been adjusted, re-evaluated and postponed, or advanced, seeking to contribute to Covid19’s mitigation effort at the local level.

The Community and Solidarity Tourism project on the island of Maio foresees awareness and information activities in the areas of environment, urban hygiene and tourism among the local population. These activities will thus be implemented with an additional component that is now central: the prevention and mitigation of Covid19 and the measures to be taken at individual, family and community levels. Still focusing on awareness-raising, the project vehicle has been touring the streets of the various communities on the island passing out awareness-raising messages using a sound system. In addition to these actions, carried out in close partnership with the Maio Municipality, the local Health Department, the national police and other entities, other forms of support to these institutions are being considered, depending on the evolution of the epidemic situation in Cape Verde and on the Maio island, where no case has yet been identified.

The project has also been providing direct support to the May firefighters in carrying out beach surveillance patrols, with the aim of avoiding gatherings and controlling potential boat entries to the island, at a time when the government has banned the movement of people between the various islands of the archipelago seeking to contain the epidemic.

With the need to impose social distancing measures, some activities foreseen by the project, such as training or other type of activities involving the meeting of several people, were postponed. On the other hand, this type of measures also puts into question the incomes of many families on the island, dependent on small businesses that have now been closed. Thus, in an attempt to remedy this situation, some urban rehabilitation activities planned by the project have been advanced and reinforced. This type of activity, which can be carried out with the required social distancing, will also guarantee a source of income for several families on the island in the following months.

May being a small island, with cohesive communities, it is possible to design the effective implementation of prevention and containment measures. However, the lack of resources faced by local authorities represents a challenge in the current context. Thus, the channelling of international cooperation efforts through projects already underway on the ground is particularly important.

The Community and Solidarity Tourism project on Maio Island is implemented by IMVF, Câmara Municipal do Maio and Câmara Municipal de Loures and is financed by the European Union and the Portuguese Cooperation.