Racism, diaspora narratives and policies for diversity were debated at WorkLab – Thesis II 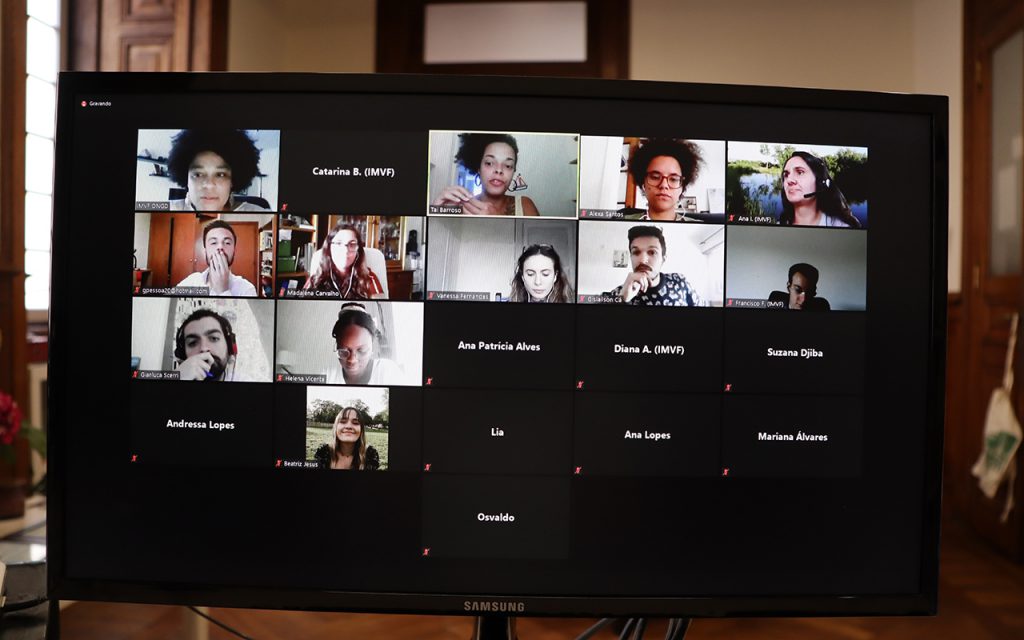 The event WorkLab Thesis II: Narratives about migration, organised by the project TAS – Thesis, Antithesis, Synthesis – Migration Labs, took place during the week of interculturality, on July 25th 2020 to be precise, with the active involvement of 23 participants. Topics such as racism, diaspora narratives, policies for diversity, fake news, among others, were addressed. In this sharing of knowledge, participants had the opportunity to, on the basis of facts and reality, reflect on and critically discuss these issues.

Tai Barroso, co-creator of Diasporic Narratives, highlighted, from the book by Grada Kilomba Plantation Memories – Episodes of Everyday Racism, the 5 mechanisms that the white individual uses to defend their ego: Denial, Guilt; Shame; Recognition and Reparation. In a subject which has been most controversial at national and even international level, some examples were mentioned: the social reparations needed as a consequence of the enslavement of Black people, as well as the social reparations to people of Jewish families, who have a right to citizenship if they match the defined criteria . That is to say, that Reparation exists and can happen.

Addressing the theme of narratives in the diaspora, questions such as:

Who writes the story? Who talks about Africa?

Who talks about the decolonization processes?

Who is the subject and who is the object?

were asked and debated, leading to several answers shared that also call on further reflexion – answers such as, if somebody writes someone else’s story, this could lead to assuming the actors are mere objects. In other words, it is essential to be aware of who is the subject and who is the object, whether in projects, spaces, or in our relationships.

Alexandra Santos, graduated in Social Work from the Catholic University of Lisbon and Master in Gender, Sexuality and Queer Theory from the University of Leeds, showed how important subjectivity is. It’s essential to realize that stereotypes stop us from thinking about subjectivities, about different contexts, or about diversities. She also emphasized the issue of power, which maintains itself also by removing subjectivity, the various contexts of where we are from, contexts which lead to our complexity and which bind us in our diversity.

Santos also talked about post-colonialism, stating that colonialism, even with a different face or in distinct forms, continues to exist. As for the integration of migrants, Alexandra Santos raised some questions:

When we say that we are integrating migrants, who are we talking about?

These are the questions that we’ll keep debating in the TAS – Thesis, Antithesis, Synthesis – Migration Labs project.

This WorkLab‘s final comments were made by the researcher Gianluca Scerri of the NGDO Cooperazione Paesi Emergenti (COPE), a partner in the project, who used his presentation to focus on the importance of fighting against fake news, so that the ongoing debate revolves around truth and facts.

Finally, participants in this WorkLab were challenged to come up with some question which will be raised to decision makers. The following questions will be further developed by the group:

How can the protests about racial issues currently occurring around the world question the narratives about migrations built by the European political class?

Is the state giving due attention to communities in social neighborhoods?

Is the state really committed to fighting poverty in these areas?

Isn’t it ultimately the state’s fault that crime thrives in these neighborhoods?

The next WorkLabs will also be dedicated to advocate social justice and social, economic, political and environmental change. If, like us, you believe that it is urgent to promote social justice and to act towards social, economic, political and environmental change, join the discussion group by sending an email with your contact information to info@imvf.org.